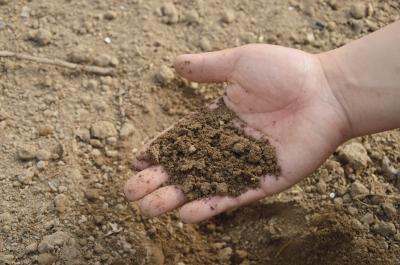 Soils play a key role in climate regulation, nutritious diets, agricultural livelihoods, and biodiversity. But soils have dropped down the EU policy agenda, despite their importance for society and nature. There are many opportunities for policy to safeguard the future of Europe’s soils and play its part in reversing global trends in soil degradation, says a new report of EASAC. One of the co-authors of the report was Miloslav Šimek, Biology Centre, Czech Academy od Sciences.

In the report, “Opportunities for soil sustainability in Europe”, the European Academies’ Science Advisory Council (EASAC), which represents the national science academies of the EU, Norway, and Switzerland, says its latest synthesis reveals that policy-makers need to grasp opportunities to safeguard Europe’s soils and ensure their sustainability. Back in 2014, insufficient support among Member States obliged the European Commission to withdraw proposals for a Soils Directive and Europe still lacks appropriate benchmarks for soils’ sustainability and needs to improve compatibility between different national monitoring systems. In recent comments, Elisabeth Köstinger from the Austrian Presidency of the EU discussed the importance of protecting soils; however, concerted action from Member States remains to be seen. 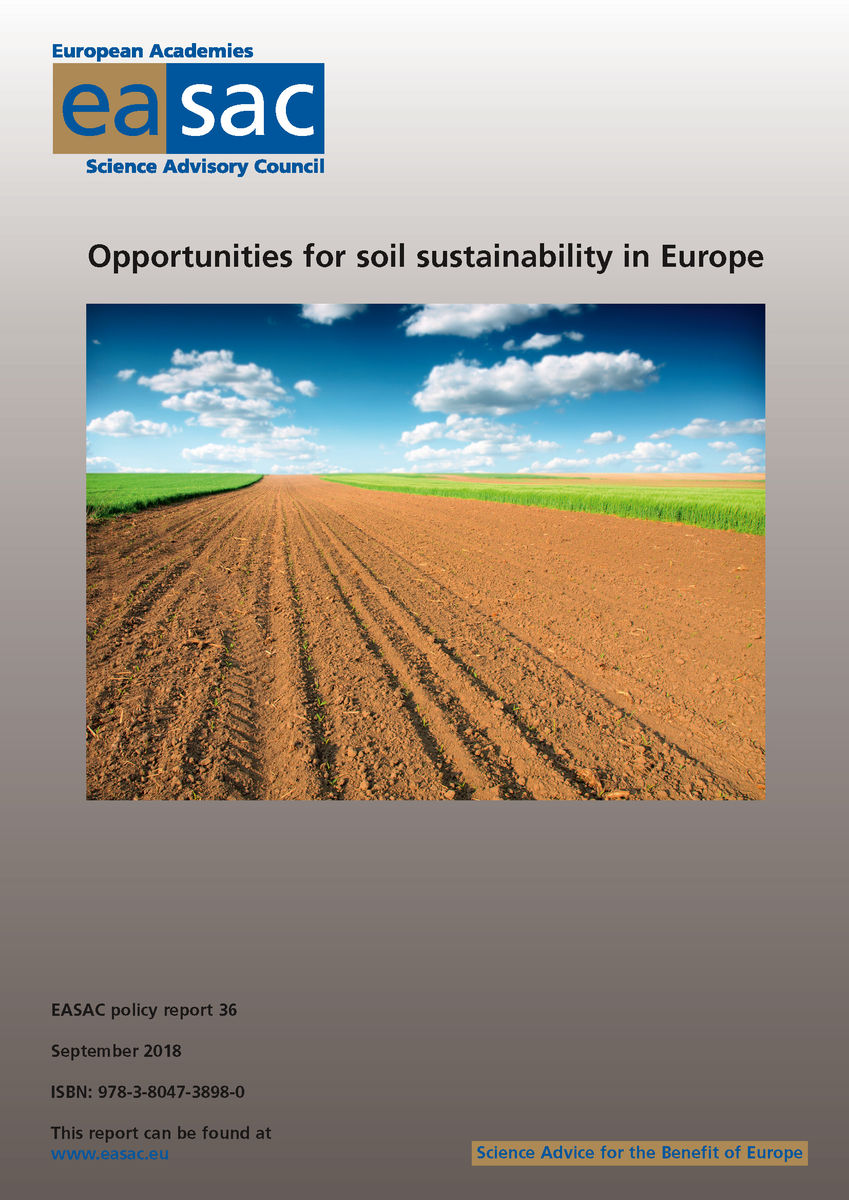 The report notes that soils contain 2-3 times as much carbon as the atmosphere. EASAC supports the ‘4 per mille’ initiative, which aims to increase soil carbon levels because this is crucial for maintaining soil fertility and soil structure. Measures to improve agricultural soils to strengthen food security while helping climate change mitigation are fully supported. However, initial estimates of the potential for soils to substantially offset the increase of atmospheric carbon dioxide are too optimistic and detailed location-specific advice is needed for farmers.

Meanwhile, we must not forget that soil carbon is still being lost through unsustainable use of peat soils and degrading wetlands. Protection and restoration of peatlands is critical to maintaining and increasing soil organic carbon in the EU.

Deforestation and the permanent loss of soils

EASAC expresses concerns that deforestation outside the EU is being driven by continued loss of agricultural land through soil sealing (covering soil with impermeable material, such as asphalt), since this increases the demand for agricultural imports which drives deforestation in countries exporting to the EU. Planning for housing, infrastructure, and mining activities needs to minimize such destruction of the soils’ capacity to produce food and many other ecosystem services.

Biodiversity
EASAC notes that although biodiversity above the ground is protected under the Habitat Directive, Natura 2000, and other biodiversity-related initiatives, what grows and lives above ground is dependent on the biodiversity of the soils beneath them. Indeed, soils themselves are extremely diverse with thousands of species in just a handful! Biodiversity initiatives should thus include soil biodiversity in their management.

Biofuels policies risk increasing the use of crops which are particularly sensitive to erosion (e.g. maize), whereas with the right biofuel crops, soil protection might be enhanced. Soil issues should thus be considered in biofuels and related policies.

EASAC notes that the use of human and animal antibiotics is of concern for their effects on soil biodiversity, the possibility of new forms of antibiotic resistance in soil and effects on the ability of soils to control human, animal and plant pathogens. The roles of soil and crop breeding also need to be better understood to prevent that higher yielding crops are having lower concentrations of micronutrients.

Short-term pressures to maximise monetary returns in agriculture may conflict with long-term sustainability of the soil. Specific targets for improving soil sustainability should be included in the next CAP revision.

EASAC also notes the need for expert advice regarding soils management through independent advisory and extension services, which will benefit both farmers and wider society.

The new EASAC report notes that the EU, national agencies, and local authorities could provide a more supportive policy environment for a soil awareness and education strategy. Labelling schemes could be developed to show that farmers have managed their soil in a sustainable way.

EASAC is formed by the national science academies of the EU Member States, Norway, and Switzerland, to collaborate in giving advice to European policy-makers. EASAC provides a means for the collective voice of European science to be heard. Through EASAC, the academies work together to provide independent, expert, evidence-based advice about the scientific aspects of European policies to those who make or influence policy within the European institutions.