Libor Grubhoffer was appointed Director of BC 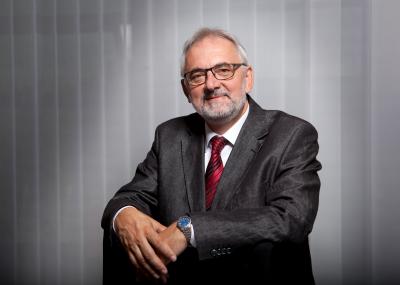 Libor Grubhoffer will be a new Director of the largest scientific institution in South Bohemia - Biology Centre (BC) CAS. On Monday, June 26, he was appointed by the president of the Czech Academy of Sciences Eva Zažímalová. His term of office is five years and begins on July 1, 2017. Libor Grubhoffer replaces Miloslav Šimek, who has been in charge of the institution since 2012.

Libor Grubhoffer has been widely experienced in organizing and managing science. From 1994 to 2002 he led the Institute of Parasitology of the Academy of Sciences of the Czech Republic, for seven years he was a dean of the Biological (later Faculty of Science) faculty of the University of South Bohemia and in the period of 2012 - 2016 he was the rector of the University of South Bohemia in České Budějovice. For the development of the Biology Centre, he presented a clear vision of direction. "I want to develop the untapped potential of evolutionary biology and ecology that will respond to problems of global significance and sustainability of life on Earth. Besides biomedical research, it is another pillar of modern natural sciences, " says Libor Grubhoffer.
Another of the new director's plans is to support young talented scientists, to set up an International Advisory Board of BC, composed of internationally respected experts, and to hold an annual scientific conference of BC, where mainly the junior teams will take the chance to present their research. Libor Grubhoffer also wants to continue strengthening relations with South Bohemian University.